Animal Sex And Reproduction: The Dark Side Of Nature 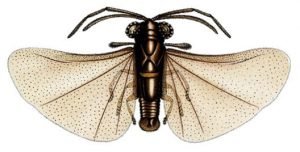 Another animal that dies after reproduction is the parasite Caenocholax-Strepsiptera. Only the female parasites inhabit a host, for example, a bee, and they never leave. The males, who live for only six hours, seek out the females for mating; after which, they die. The females also die after 1,000 and 750,000 larvae have emerged from her.