Are Bees Endangered And Do They Deserve Our Utmost Attention? 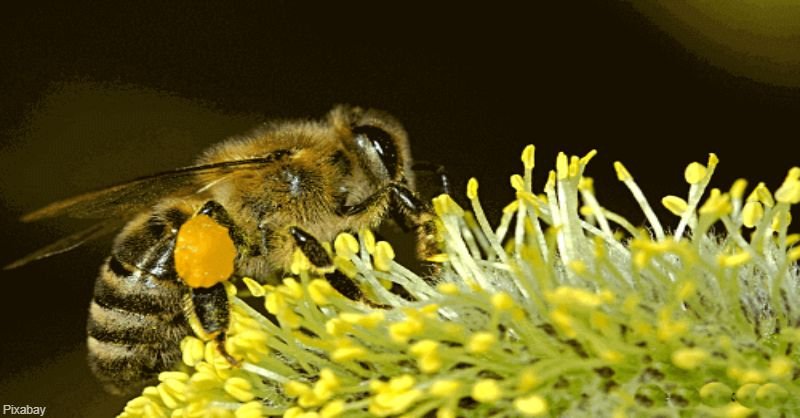 Are bees endangered, given that the world bee population is dramatically declining?

Hundreds of bee species in North America are headed for extinction. In the United States alone, from Aprils of 2015-2016, beekeepers reported a 44% loss of their bee colonies, and that number is higher (more than 50%) in countries like Belgium, France, Netherlands, Greece, Italy, Portugal, Spain, Switzerland, and Germany.

The situation is worst in China, the largest producer of honey in Asia, where wild honey bees that produce honey are dramatically declining, forcing farmers to hand pollinate their crops instead of using honey bee pollen.

The declining bee situation shouldn’t be taken likely. Albert Einstein famously predicted that humanity would only have four years to survive after the bees go extinct. The situation is dire as a large-scale collapse of bee colonies is being reported consistently, and every year the population of bees decreases than the year before. And so, given the situations, it does beg the question–are bees endangered?

This post will address the issue by informing all stakeholders, which is all of us, on the importance of bees; the causes of the decline in bee population; and how to protect these bees both at the government, organization, and individual levels.

Why Are bees important?

Some of us are probably wondering: “How can these tiny yellow insects be so important?” Well, they are! See, nature exists in perfect harmony— and that’s, each of God’s creations depends on one another in some way. For example, it is the trickle-down effect that feeds both humans and animals when bees pollinate plants.

The Xerces Society, a nonprofit organization in the fight against the decline in the bee population, has indicated that 75% of the world’s food depends on at least a single important pollinator such as the honey bee. Scientists estimate that nearly one-third if not most of the food that we consume relies on pollination by bees.

Bees pollinate fruits and vegetables like avocados, soybeans, asparagus, broccoli, celery, squash, and sunflowers for oil, cucumbers, citrus fruit, peaches, kiwis, cherries, cranberries, and melons. They also play a significant role in the production of cotton, flax, and bee wax along with a myriad of others. Even the plants and crops that are not directly pollinated by bees, still indirectly benefit by being in the same environment. The crops are stimulated by increased biodiversity.

Honey bees are also central to the production of Clover and Alfalfa, which is fed to cattle. This implies that a reduction in the bee population will also affect the meat sector.

Bumblebees are extensively used by the commercial food industry pollination services of food crops, especially tomatoes and strawberries. Their size, shape, and ability to vibrate vigorously make the bumblebee more effective at pollinating certain types of crops. But unfortunately, in the past few years, their numbers have decreased rapidly.

The U.K, for example, had over 25 species of bumblebees that it relied on extensively for its food industry. But at the turn of the century, three of the species have sadly gone extinct. Another two are on the verge of extinction, and the rest are gradually decreasing in population.

The honey from honey bees can also be used for medicinal purposes. for instance in lowering cholesterol; is great for the heart and skin; it helps with digestion; it is also better than sugar; it restores sleep and many more.

The extinction of bees will not only be a minor inconvenience: an end to the sweet honey, but it could also mean an end to life as we know it.

And so, for those still asking the questions-are bee endangered? Well, giving the information provided thus far, we should all be concerned about the bee situation.

Causes of the decline in bee population

World bees going extinct may be the very first hint of a global catastrophe waiting to happen. Scientists think that the decline in the global honey bee populations is an alert to the failing environment for the bees due to encroaching habitat; pesticide, herbicide, and insecticide use; and poor farming system.

Poor agriculture practices like growing the same crop every year (monoculture farming) or perhaps non-friendly bee plants, climate change, and the broad-scale use of chemicals are factors that are severely hurting and dramatically reducing the bee populations. And in addition, there are too few systems in place for the protection of bee colonies from specific diseases and pests. For example, the varroa mites, tracheal mite, and small hive beetle (pest).

What is being done to protect bees?

Now that we have addressed the very important question, are bees endangered? What can be done to effectively protect the species?

The good news is that steps are being taken to alleviate the bee’s endangerment situation. Non-profit institutions such as the foundation for the preservation of the honey bees, along with a plethora of others are looking to raise awareness on the issue.

The bee understanding project is just one of many programs that have sprung up in the last few years as a way to educate people about the significance of bees, like the honey bee, in the environment.

These organizations, in addition to education, are planting bee-friendly habitats to combat monoculture farming practices. They are also looking to ban the use of pesticides and other chemicals, especially neonicotinoid chemicals. Government agencies, in similar regards, are also doing their part to combat this problem.

Many governments around the world are setting up programs to combat the rapidly decreasing bee populations. Countries like the united state have started paying beekeepers to pollinate their crops, while countries like Vietnam, China, along with other Asian countries are heavily investing in research centers as a way to combat the extinction of bees. Countries like the UK and Germany are also spending considerable resources and money on the welfare of bees, especially the honey bees, and their keepers.

The European Union, in a major step to battling the decline in bee populations, has taken steps to combat the use of bee-killing pesticides. The Union has decided to place a near-total ban on neonicotinoid pesticides, which has been hailed in many quarters as a “major victory.”

Regardless, more remains to be done because banning neonicotinoid pesticides does not stop the use of other alternatives like sulfoxaflor, cyantraniliprole, and flupyradifurone, which are being used in other parts of the world.

Bee-friendly environments, which are free of pesticide, insecticide, and herbicide, need to be enforced globally. Yes, private organizations and governments are doing something to correct this problem. But we, as individuals, can also play a role in the fight against the declining bee population and endangerment, so that the issue can be mitigated as soon as possible.

What role can I play in protecting the bee population?

One may ask, what can I do to help out the bees?

1) Well, for starters, one can stop the use of herbicides, insecticides, and pesticides as these chemicals, for example, stunt reproductive processes, growth, and development, foraging, and navigation in bees.

3) Create an enabling environment for the bees to make their nests. Maybe, leave patches of bare undisturbed soils or nesting blocks made from untreated woods.

4) One can put a small basin of fresh water on the window. Remember that bees can also get thirsty, and some bees, like the mason bees, use it to build their nest. Be sure to replace the water frequently to avoid mosquitoes.

5) Appeal to your government and policymakers for the preservation of bee habitats and ban dangerous chemicals that come in the form of pesticides, insecticides, and herbicides.

6) Volunteer in foundations and institutions that are fighting to help preserve the bee population and address the question that plague the minds of many–“are bees endangered?”

7) Most importantly, educate yourself–make yourself aware of the problems that bees and beekeepers face.

The utmost care for bees is not only vital for our existence but is necessary because many of the solutions that could combat the plight of the bees could also solve many of the problems that the earth faces.

So it is more like a win-win for everyone. So much still needs to be done to ensure that the bees and the environment are safe for future generations. So, do your part and encourage others to do theirs so that we can all live in a better and sustainable world.