Are There Scarier Sides To Global Warming Based On Recent Findings? 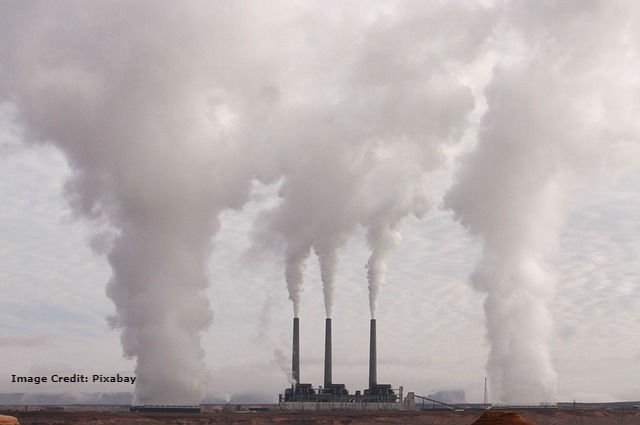 The rise in the average temperature of the earth otherwise called global warming is sure a popular topic with debates raging on whether it is real or just another science gimmick.

The topic of global warming or perhaps climate change--a result of the world transforming due to rising global temperature, is so popular because of the drastic impact, as feared in many quarters, which it could have on our health, mortality, environment, politics and the economy.

Articles and movies have been written and made about global warming/climate change to emphasize the cause and effect-- should see the inconvenient truth by Al Gore. Research is also being carried out by studying past temperature proxies and records and using the results to determine how the earth would respond to the current rising temperature or climate change. A recent study, from fossil records, has indicated that global warming, if not curbed, could impact the earth for the next 100,000 years.

This post would review a few well known general facts including the cause of global warming before analyzing any new findings, associated with the effects of global warming/climate change, which we should all be concerned about.

The earth is warming at an unprecedented rate because of the abnormal amount of heat-trapping greenhouse gases like water vapor (H2O), carbon dioxide (CO2), methane (CH4), nitrous oxide (N2O), ozone (O3), and chlorofluorocarbons (CFC)—all thanks to the industrial revolution (human activity) that saw to the gas emissions from industries and industrial products like cars. And this is also not helped by the increase in, for example, deforestation, which could have helped remove some of the greenhouse gases like carbon dioxide. But rather, deforestation, through a positive feedback mechanism, would encourage global warming.

These excessive greenhouse gases are said to trap heat in the atmosphere, resulting in the above rise in average global temperature. Please, see this video for more details on how these greenhouse effect works to give rise to global warming/ climate change.

layers and tree rings have shown an associated correlation between climate change and levels of greenhouse gases. The data from these cores indicate that the rate of global warming is 10 times faster than that during the transition from the ice age to warmer periods.

3) Sea levels are also on the rise from the melting ice sheet. The rate of sea level rise in the last 2 decades nearly doubled that in the last century, which had a sea level rise of about 8 inches. The rise in sea level could see many coastal regions get flooded.

4) Shrinking Arctic ice sheet from earth’s orbiting satellites has enabled scientists to view, on a large scale, the impact of global warming/climate change. 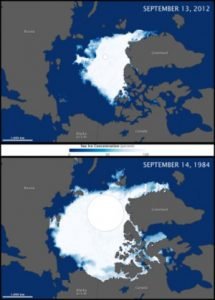 5) The acidity of the ocean is also on the rise. This has increased by 30% since the industrial revolution, which is all thanks to man-made carbon dioxide, which is continually increasing, in the ocean, by about 2 billion tons per year. The acidity is causing the bleaching and endangerment of coral reefs with major trickle-down impact on the marine ecosystem.

6) Cold regions that were not prone to, for example, parasites such as lungworm and diseases from mosquitoes, and malaria are now at risk because of the warmer temperatures that have made the regions conducive for these parasites and diseases.

7) And there is also the increase in the record number of high-temperature climate change events, for examples, the United States of America has witnessed some intense amount of rainfall.

8) Though questionable and unofficial, some school of thoughts is of the opinion that some states like Texas in the USA are getting hotter than some countries in Africa, which are actually closer to the equator, where the sun has the highest intensity. The only plausible explanation, according to these folks, given that the sun intensity is least at the poles, is that the greenhouse gases produced in these developed countries are trapping more heat than some areas in Africa.

Yes, most of us have already read or learned about the above known general facts. But the next few discoveries may seriously get you thinking. 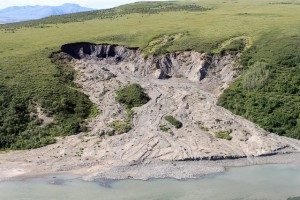 Grounds, soils, and rocks that are frozen for 2 or more years are known as permafrost. They are commonly found in higher latitudes like the northern and southern poles and higher elevations like the alpine region.

If recent research from Russia is indicating that two worms, nematodes, frozen in a permafrost during the Pleistocene Age (2.6 Million years To ~12 thousand years) and dated to about 32 thousand years And 42 thousand years, respectively, could be revived to life, then why is it not possible that the next troubling virus could be released as the ice caps and permafrost continues to thaw?

And this is even as scientists have already discovered, In the Siberian permafrost, giant viruses, about 30 times the size of the normal viruses, and which they fear that more could be reawakened as global warming continues to thaw the permafrost that imprisons them.

But fortunately, these discovered giant ancient viruses to date, for example, Mollivirus sibericum (~30,000 years old) discovered in 2015, are non-human pathogens and could only affect organisms like an amoeba. Regardless, it does not rule out the possibility of viruses escaping from the permafrost and infecting humans.

In addition to possibility of releasing viruses, another recent study has stated that the earth, which is 1C above the pre-industrial revolution, is just 1C away from the threshold for a runaway global warming to be set in motion through a series of feedback mechanisms, acting to create a domino effect, which would result in a rapid pathway to hotter conditions in what has been termed hothouse earth. And when this happens, the sea would rise 197 feet higher than it is today, drowning out coastal cities. Some countries around the equator will also become inhabitable.
The 10 feedbacks that are expected to kick in at the 2C threshold are:

The resulting hothouse earth could be triggered in decades if the greenhouse gases are not drastically reduced or removed, even as the intergovernmental panel on climate change has also indicated that any warming of 1.5 and above increases the risk of a long term or irreversible changes that would impact our ecosystems.