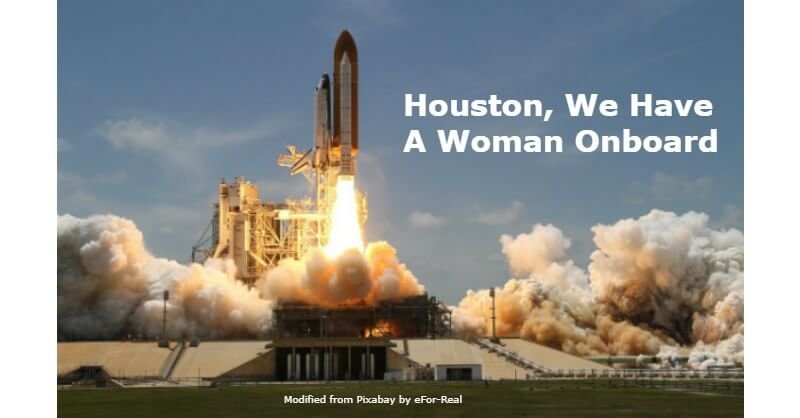 It is no secret that women have been underestimated and underrepresented in many facets of life, especially in sectors and industries that are considered to be ” mentally difficult” to work in and would require a lot of brain work and thinking.

Many of these industries, which have been deemed tough for women to work in, abound, including the National Aeronautics and Space Administration (NASA). NASA is one of the main agencies at the forefront of advancing knowledge beyond earth to include our solar systems, galaxies, and the universe. All of which require a lot of maths and abstract thinking that many out there feel is reserved for the world of men. And this is despite women making up about 51% of the world’s population.

But, fortunately, women, since the agency’s inception have been involved and have also participated in NASA space programs, advancing NASA’s technology and accomplishments. Yes, women are making a stride in this area, and soon they will be among those to have changed the space game forever.

This post will review a couple of women that have and are still making a difference in the agency, beginning by acknowledging the first American astronaut class that included a woman.

Shannon Lucid was one of the first women admitted into astronaut program and later became a NASA astronaut in 1979. She is said to hold the longest record for a duration in space by an American.

Valentina Tereshkova, of Russia, was the first woman sent to space in 1963, and Sally Ride was the first American woman in space in 1983; and since then, many more women have been given similar opportunities.

This post also recognizes Ellen Ochoa who, in 1993, became the first Hispanic female astronaut. Ochoa served on four space missions and also earned three patents for optical systems through her work as an engineer.

Dr. Michelle Lynn Thaller is the assistant director of science for communication at NASA’s Goddard Space Flight Center. Dr. Thaller is in charge of bringing awareness of the program to the eyes of the public and putting astronauts, practically women astronauts, in the views of the people.

Dr. Molly Brown, using remote sensing, is responsible for bringing critical information to the U.S. Government. she’s also had a significant impact on information regarding environmental dynamics of food security.

Kristin Rozier is a research scientist recently recognized for her involvement in Next Generation Air Traffic Control Systems and her dedication as a mentor and role model.

Women accomplishments, in the space program, has been so impactful that movies have been made to tell their stories. And one of such movies is the “Hidden Figures.” The movie was inspired by a team of pioneering African-American female mathematicians, Katherine Johnson, Dorothy Vaughan, and Mary Jackson, who help calculate the flight trajectory for astronaut Alan Shepard.

Katherine Johnson, a human computer, was awarded the Presidential Medal of Freedom and also had A NASA building named in her honor—Katherine G. Johnson Computational Research Facility at NASA’s Langley Research Center in Hampton, Virginia

These are just a few of the many women making a name for themselves in a field so widely dominated by men. These women have shown that they are ‘just one of the boys’ with a desire to do great things and inspire other women to do the same.

NASA, still advancing the role of women in the agency, was recently on the verge of another woman related history-making event set for the 29th of March, 2019. The organization had scheduled to send the first ever all-women team for a spacewalk to repair batteries on the International Space Station as a part of Expedition 59.

This first-ever all-female space work crew would comprise Anne McClaine and Christina Koch. And they will be supported by Agent Flight Controller, Kristen Facciol, on the ground, from the console at NASA Johnson Space Centre in Houston.

This historic event would have put smiles on many faces as the world take a minute to reflect just how far we have come to embrace the potentials of women and their contributions.

The above event is described in past tense because the excursion was, however, deferred due to both women needing a ‘medium’ sized hard upper Hut for their space suit, and only one of that size was available for use. Astronaut McClaine, as a result of this, was instead accompanied by a male astronaut, Nick Hague. Christina Kosh is scheduled to take her to walk on the 8th of April, 2019.

While some may be disappointed that the all-women spacewalk team did not get to show off their skills, this is only the beginning for women to continue to elevate themselves in space missions.

This notion is even supported at the highest level of NASA when the administrator at NASA, Mr. Jim Bridenstine, is not only anticipating that the next person to visit the moon will be a woman, but is also indicating that a female may be the first person to step on Mars. These anticipations seem almost certain as Mr. Jim Bridenstine’s exact words, speaking on the weekly talk show ‘Science Friday’ was, “In fact, it’s likely to be a woman, the first next person on the Moon.”

The world looks forward to what is to come as related to women making marks in space missions, and other so-called difficult tasks.