They Are Convenient And Delicious But Could Be Deadly! 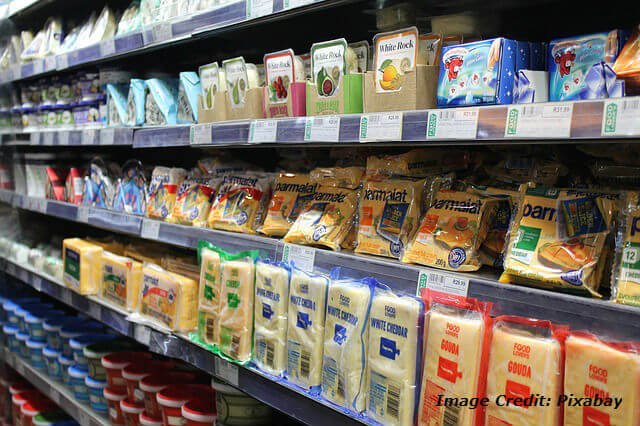 What is Processed Food?

Let’s begin to answer this question by defining what it means for foods to become processed and unprocessed.

Unprocessed food is any type of food that is found in its natural state, and which has not been altered. Examples of such are fruits, vegetables, eggs,  cereals, and honey to mention these few.

While on the other hand, foods that have been deliberately changed, chemically or otherwise and made with refined ingredients and/or artificial substances are what are generally referred to as processed foods. Examples of these are milk, ice cream, bread, cookies, and potato chips to mention these few.

However, many processed foods, according to definitions from some school of thoughts, could be considered “natural.” That is, it could comprise many fruits and vegetables, grains, dairy products, as well as meat, poultry, and fish products.

So, the word “processed” could often be confusing and would imply that most of the food we eat is processed in one way or another. For example, the apples that are cut from trees to make apple pie, the ground beef made in a grounding machine, and the buttercream that is separated from the milk and brewed to mention these few.

And because of this confusion, in addition to many others, most people do not even know that about 90% of their food purchases are processed foods. When they hear the term “processed foods,” what immediately comes to mind is fries and hamburgers in a fast food restaurant. And yes, they are partly right. But if they take a look at their diet intake at home, they will find that at least 80 to 90 percent of what they eat can be considered processed foods.

So, how can one identify processed foods? Generally, to answer the question, if the food is deliberately changed through, for examples, processes that involve canning, bagging, potting, it is processed. In addition, if the food has been modified for longer storage using any of these methods, which includes canning, dehydration, refrigeration, freezing and aseptic processing or sterilized preservation, then it is also processed.


Advantages and Disadvantages of Processed food

Now that we have gotten past the definition and ways to identify processed food, this post will now discuss some of the positives and negatives of processing food beginning with the positives.

Fresh and unprocessed foods contain a higher proportion of naturally occurring fiber, vitamins, and minerals than the same foods processed by the food industry. For example, fresh fruits contain more vitamin C than canned fruits. But regardless of shortcomings such as this, processing food does have some advantages as listed below.

A) One of these positives is that processed foods are more convenient and are less likely to spoil, over a longer period, than fresh foods. And through modern processing, storage, and transportation this wide variety of foods can be provided around the world. And in addition, households are spared the tedious tasks of preparing and cooking foods that are in their natural state.

B) And because processed foods can easily be transported all over the world, they have helped to alleviate food shortages making new foods readily available around the world.

C) Some chemicals in processed food also help to disable some pathogenic microorganisms in fresh vegetables and raw meats (such as salmonella), thereby reducing foodborne illness and making food safer.

Convenience can, however, sometimes means the inclusion of large amounts of salt, hidden fats, and a lot of sugar, which could be detrimental to the health of the end consumer, especially in heavily processed foods. This is because these compositions could lead to obesity, non-alcoholic fatty liver disease, heart disease, diabetes, and some cancer type. These disadvantages are expanded on in the list below.

A) Heavily processed foods usually contain a lot of added sugar or high fructose corn syrup. It is well known that sugar is an empty calorie that contains no essential nutrients. In addition, according to recent findings, folks who consume more processed food especially the sugar-rich beverages are more likely prone to cancer

B) And speaking of nutrients, they are often deliberately removed from foods during processing to improve taste, appearance or shelf life, which could result in empty calories. Some processed foods also have a higher calorie /other nutrient ratios than fresh and unprocessed foods. They are often energy dense while being nutritionally poor.

C) If one looks at the ingredient label of a processed and packaged food, it’s likely that one will not know what some of these ingredients are. But, indeed, many of the ingredients are not foods, but artificial chemicals added for various purposes, including preservation.

D) The advantageous nature of processed foods can have serious consequences for some people as they become addicted to junk foods that are not efficient at keeping them full with the necessary fuel to get through the day without crashing.

E) Processed foods are often rich in carbohydrates, which could be a problem because refined carbohydrates are rapidly broken down in the digestive tract, resulting in rapid peaks in blood glucose and insulin levels.

Fortunately, these negative impact of highly processed food can be alleviated by following these recommendations:

B) Look for other alternatives to heavily processed foods, for example, replacing potato chips with nonfat popcorn

D) Reduce salt intakes and use pepper instead

F) Make your own healthier version of processed food through batch cooking and refrigerating. Some processed food like salad dressings could also be homemade more naturally.

Thankfully, lifestyles could be changed, as recommended in this posts, to reduce the negative impact of processed food especially given the scary fact that processed food accounts for 25-50% of the total daily energy intake for folks who live in rich and developed countries?