21 Fascinating Observations And Facts About Twins 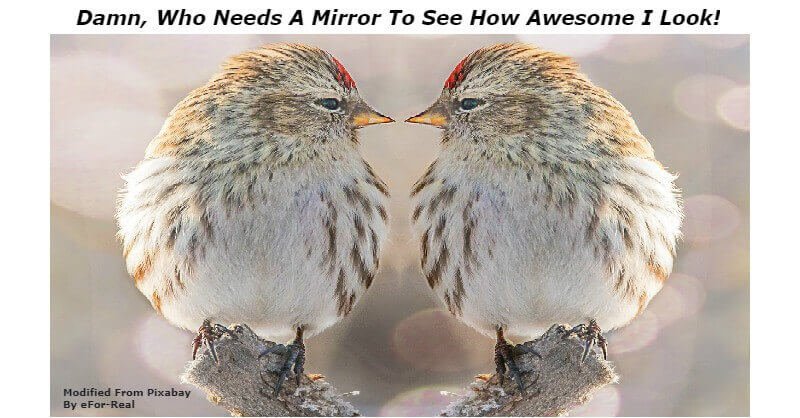 Are you a twin, or do you perhaps know someone or people who are twins, or maybe you are one of those interested in broadening their horizons? Then you may want to take a look at all of these fascinating observations and facts about twins, as they may intrigue you, in addition to the uniqueness of their birth, as to why twins may seem unusual when compared to single birth individuals.

Researchers in Italy observed 3D ultrasound videos of twins and discovered that at 14 weeks gestation, twins began interacting with one another. The twins would reach for each other and, at 18 weeks gestation, would spend about 30% of their time in physical contact.

More importantly, they would touch each other’s eyes with the same care as they would touch theirs. This is one of the facts about twins that could imply that they understand treating another human being with care.

Twins may not always have their birthdays on the same day or even in the same month. This is a rare case in which the mother gives birth to one twin prematurely, a few months earlier than the other twin, making their birthdays different.

This type of birth is attributed to a rare condition in which the mother has double uteri—every one in 50,000 women has double uteri. To be pregnant in both uteri at the same time is even rarer.

One of the interesting facts about twins is that the city of Cândido Godói in South America is the twin capital of the world. 8% of the births there, from 1980 to the present, have been twins.

Deoxyribonucleic acid (DNA) tests have shown that the spread of the twin gene was due to an increased birth rate and inbreeding. But regardless, some people still believe that it’s due to something in the water.

During conception, the twins might have similar fingerprints but after the 6th week of pregnancy, as they keep growing, their fingerprints change and become different from one another.

While a large number of twins are born with reproductive assistance, one of the facts about twins is that a twin gene has been discovered, which causes a woman to hyper-ovulate, which could result in more eggs during ovulation.

This would increase the chance of having fraternal twins–a pair of twins who do not look like each other. However, there is no known twin gene for identical twins, so it seems like only fraternal twins are hereditary.

Another one of the common facts about twins is that 40% of twins develop their own languages, which is also referred to as autonomous language. Two babies raised alongside one another, learning the same language, would practice and develop their own, which mainly consists of inverted words and gibberish. This twin talk would disappear as soon as they learn a real language.

Twins born as different races may be rare, but it is possible. This is possible because twins do not have the same genetics. And the situation is most helped when the mother and father belong to different races.

It is possible for two twins to have different fathers. This has happened in a few cases where two eggs, which were fertilized by different fathers, were produced by the mother in a single month.

Researchers, to resolve the nature vs nurture argument, have studied twins who were separated at the time of their birth.

And they have drawn a conclusion that even though the twins were separated and raised in different environments, they still led similar lives. For example, both twins would love dogs or have a similar level of emotional intelligence to mention these few.

One of the known facts about twins is that the birth rate of twins, since 1980, has increased by 76% globally. This phenomenon is due to women waiting until 30 to have children. The rise in multiple births might also be linked to fertility drugs and reproductive assistance, which increase a woman’s chance of having twins.

Some twins are born as mirror images of each other, which is one of the common facts about twins. These twins have birthmarks on opposite parts of their bodies; they have opposite dominant hands and reverse organs. When these twins look at each other, it is as if they are seeing a reflection of themselves in the mirror.

Moms of twins tend to live longer than the moms of single kids. This may be due to the reason that only healthy mothers can give birth to twins, and so, they have a longer life span being healthier.

Sometimes twins are conjoined, meaning they would have somewhat physically attached organs, for example, be it at the hips or the brains.

While these cases are considered abnormal where the fetuses were unable to separate from each other in the wombs. There have been some cases in which doctors have successfully, surgically separated conjoined twins.

14. The Older You Get The Better The Odds:

Scientists may have discovered that the older a woman gets, her chances of giving birth to twins increase. This is mainly due to a hormone in women which kicks into high gear with increasing age.

The hormone is said to aid the production of multiple numbers of eggs during ovulation, which increases the chance of giving birth to twins.

And in addition, the chance of assisted reproduction rises, which could also improve the odds of having a twin.

15. Dairy Products Increase The Chances Of Having Twins:

While only 10% of the people in the world are left-handed, in the case of twins this number is 17%.

The reason for this is yet to be known, but scientists have made assumptions that it may be due to the hormonal level of the mother during pregnancy or the environment, or the placement of a baby in the womb.

A comparative study of NASA astronaut, Scott Kelly after spending a year in space, at the international space station, and his twin brother, drew some interesting conclusions/facts about twins.

When Scott came back, from the space, he was no longer genetically identical to his twin because his DNA had changed somewhat. Scott was also now biologically older and taller than his twin.

When identical twins marry identical twins, it is called a quaternary marriage. If both couples have children of their own, even though they would be cousins, but thanks to biology, they are technically siblings since the children come from the same pool of chromosomes.

Scientists say that the reason for this can be due to exposure to high testosterone levels when sharing a womb with a male twin. It is unclear as to why this prenatal testosterone causes such effects in women but the effect is very significant as has been proven by various studies.

Conjoined twins whose bodies are joined with each other at the brain, through a thalamic bridge, seem to share senses, meaning that if one of them was watching a funny TV the other would laugh while facing in the opposite direction of the TV, or if one of them was eating ketchup the other would feel the taste of ketchup in his/her mouth. This is all possible due to the physical contact in the brain.

Vanishing twin syndrome is a rare case in which a twin or multiple twins disappear in the womb during pregnancy; this can be due to miscarriage. In this case, this twin is absorbed either by the other twin or by the mother herself.