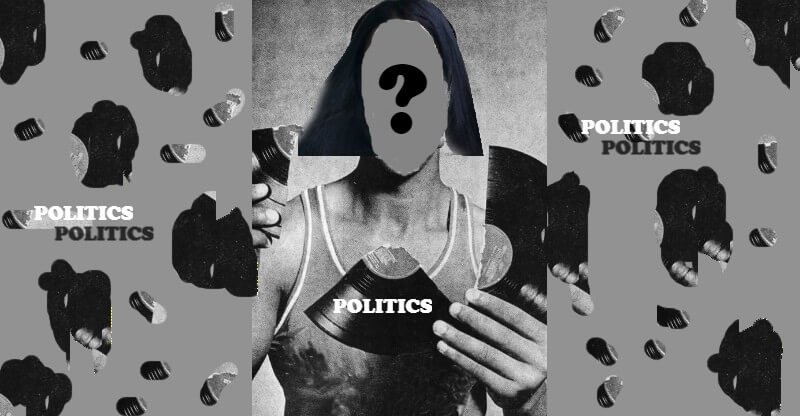 Politics, they say is a dirty game. But this has not stopped many women from breaking records in this sector of society that is mostly dominated by men.

This post will briefly discuss a couple of these women that have or are achieving great feats in politics and other politically related high-level positions.

Zuzana Caputova had zero political experience when she first ran for the office of the president of Slovakia.

But that did not stop her from becoming the first ever female progressive president of Slovakia by defeating a high profile diplomat, who was nominated by the governing party.

She gained prominence as a lawyer who stood against the illegal landfill, on a case which lasted 14 years. She also stood up against the murder of a journalist—-one of the reasons that she decided to run for the presidency, in which she won by 58% of the votes.

Ms. Lightfoot, who was a former federal prosecutor and had no experience at holding an elective office, decided to run for the office of Mayor of Chicago. Surprisingly, voters sided with Ms. Lightfoot making her the first ever African American woman and first openly gay person to serve as the Mayor of Chicago. Chicago is the third largest city, by population, in the USA.

Ilhan Omar is a Somali-American politician serving as the U.S. Representative for Minnesota’s 5th congressional district. Her appointment had made a lot of historical firsts— Omar is the first Somali-American to be elected to Congress, the first minority woman from Minnesota, and one of the first two Muslim women to serve in Congress.

Tsai Ing-wen, who is a member of the Democratic Progressive Party, is the first ever woman to be elected as the president of Taiwan. She is also the first in a couple of other related notes: she is one of the first and only unmarried presidents; the first to have never held an executive post before the presidency, and the first to be popularly elected by the people without having previously served as the Mayor of Taipei, which seems to be a right of passage for previous presidents.

Tsai Ing-wen has worked on improving Taiwan’s relations with the US and other countries. She has also endorsed same-sex marriages and is in support of legalizing it in Taiwan.

She, during her tenure, defined an era of political empowerment for women. Bachelet, being a human rights advocate, has been appointed as the United Nations High Commissioner for Human Rights.

Sheikh Hasina started her political carrier as a liaison to her father, Sheikh Mujibur, who was the then first president of Bangladesh after the separation of Bangladesh from Pakistan.

Her father was later imprisoned and assassinated along with most of Wajed’s family. But that did not stop her from taking to politics where she has been opportuned to serve as the longest-serving prime minister of Bangladesh, three times presiding over one of the biggest populations in the world.

And she is not stopping there as she has once again won in the last general elections, and has taken the oath of office as a prime minister for a record fourth term.

Suu Kyi, a state Counsellor of Myanmar, started working as an opposition leader against the Burmese dictator. She led many peaceful movements for democracy and human rights. And for that, she was charged with treason and put under house arrest for 15 years in order to deter her fight for democracy.

She was later, however, released from the house arrest in 2010 and received the Nobel Prize. She continues to fight for democracy in her country to this day.

She is an Emirati politician, a member of the ruling party and the niece to His Highness, Sheikh Sultan bin Muhammad Al-Qasimi.

Nicola Sturgeon is a Scottish politician and is serving as the fifth and current First Minister of Scotland. She is also the leader of the Scottish National Party and is also the first women to be elected into both positions.

Sturgeon has done exceptional work to improve the international relations of Scotland with all other countries across the Globe.

Nikki Haley is an American politician, a member of the Republican Party. She has served as the ambassador of the United States to the United Nations since last year.

She is also the first female to be elected as the governor of South Carolina.

Ameenah Gurib took the oath of office as the president of Mauritius in 2015 and resigned in 2018. She is also the first female to be elected as the prime minister.

Gurib, with a strong background in biological science, founded the Centre for Pytotherapy Research and authored 28 books.

Christine Lagarde has been ranked as one of the most powerful women in the world. She is currently serving as the Managing director of the International Monetary Fund, making her the first woman to head the IMF.

The IMF, under Lagarde leadership, has seen to the onset of a slight global economic upturn since the last recession.

Sirleaf is the first female in the whole of Africa to be elected as the president of an African nation, Liberia.

Her political struggle has been very hard as she had to contest against an opponent who was accused of war crimes, in which she lost and had to go on exile.

She came back in 2006 and was re-elected in 2011. She also received the Noble Prize for peace the same year.

She has been named the ‘iron lady’ for her staunch stance against Vladimir Putin.

Reemabint Bandar is the first female in the history of the Kingdom of Saudi Arabia to become an envoy. She was appointed as an ambassador to the United States, replacing Prince Khaled bin Salman who became deputy defense minister.

Yellen, an award-winning economist, was appointed as the Chair of the Federal Reserve of the United States after her nomination by President Obama.

This appointment made her the first-ever female to head the Federal Reserve.

She became the Chief Executive of an NGO called Save the Children, after leaving office.

Bhattacharya is the first female in the history of India to head the Bank of India, an organization which dates back to almost 200 years.

Amongst her many accomplishments is changing the bank’s male-dominated environment to a more diverse environment with equal opportunities for women.