17 Cool Features That All Vehicles and Motorcycles Must Adopt Soonest 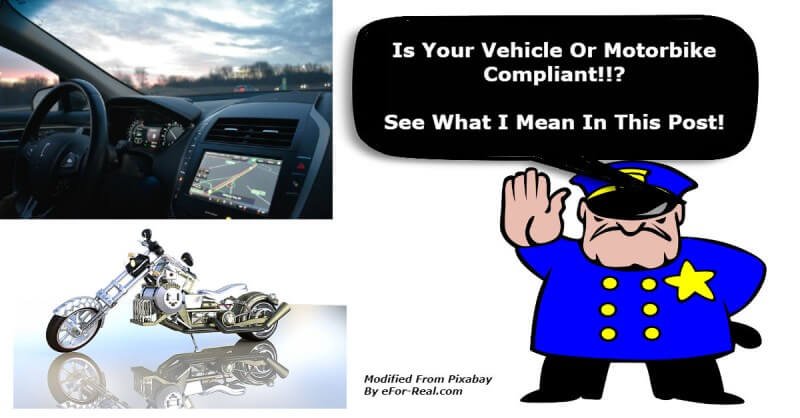 Auto and bike makers, without a doubt, in recent years, have improved the user experience of their vehicles and motorcycles. They have done this in many ways, including adding advanced driver’s/ rider’s assistance systems to motorbikes or vehicles, which not only give a greater sense of safety to those riding the bikes or driving the vehicle, but also provide nice additions and features that would get one’s attention when looking to purchase a vehicle or motorbike.

In addition, vehicles and motorcycles with these features are among some of the highest-rated modes of transportation, in the world, with regards to safety, driving/riding experience, and a means of getting discounted car insurance, especially if your take-home pay is relatively low.

This post will explore, below, some of these impressive new technology features and add-ons that every vehicle or bike should have.

As the name implies, it gives drivers a video view of the rear end of their vehicles.

This is definitely a feature that all vehicles need to have. Anyway, it is now a default that all vehicles, manufactured or made to sell in the USA, after May 1, 2018, should have this feature. The technology, unfortunately, was inspired by the death of a 2-year-old toddler

Electric and hybrid vehicles are pretty cool and relatively environmentally friendly, but they can sneak up on you especially when driving at low speed, for example, under 12 MPH.

As the name suggests, this system interface is used to detect pedestrians, issue a warning to the driver, or even trigger an emergency brake when and where necessary.

These are brakes that are automatically applied in cases of emergency. They are made specifically for reducing collision severity in a high way driving.

The blindspot warning system was designed to provide audio and visual notification of vehicles in blind spots. Blindspot, by the way, is an area around the vehicle that cannot be easily observed by the driver.

The warming system may also provide notification when using the turning signals while another vehicle is in the lane next to you.

This feature allows for continuous active steering so that the vehicle stays between lanes.

This feature will automatically adjust the speed of the vehicle to maintain a safe distance from the vehicle moving in front of it.

In some cases, when highway traffic is slow, the system will bring the vehicle to a stop and then regain speed once the traffic has begun to move again.

Drivers may not be able to see what is behind them with or without turning their heads. This system will automatically apply its breaks to avoid backing into something.

This feature, in a motor vehicle, will give visual and, in some cases, audible warnings to the driver in an attempt to prevent a collision with someone or something.

This feature describes a situation where a visual or audible warning is used to alert the driver that they are crossing the road lane markers.

Have you ever been behind or near some vehicles as they are in reverse, and perhaps, heard a loud sound repeating these words: “Attention please, this car is backing up?” It sounds almost like the artificial sound, in number 2, but only comes on when the vehicle is backing up.

Yes, this too is a safety feature in an effort to protect motorcyclists or anyone else who may not have been aware that the car is moving or heading in their direction.

The exit warning is also a feature in some models or newer vehicles that was added as a safety precaution to those the vehicle may potentially come in contact with.

This handy feature, thanks to the advancement in technology, will not only protected the investments of individuals but has also saved lives. Being able to use an app to locate exactly where your vehicle is and, in some cases, command the vehicle to drive back to you has saved many persons their investments.

This feature, not only provides ease to accessing calling features, auto-diallers and voice commands in your car, but it also helps to save lives. This is because, while talking on the phone may be a distraction, it definitely helps to be able to answer your phone without having to touch or look for it while driving.

Auto-making companies have also designed a feature with the intention to put the minds of parents at ease. In this regard, technologies have been developed that will notify a parent if the car is being driven over a certain speed limit.

Features also exist that will disable stereo in cases when seat belts are not used, or even prevent a car stereo from going above a particular volume.

Some of these features, mostly found in Chevrolet vehicles, can provide a report to the parents on how often the car’s automated systems have had to kick in due to the teen driver’s negligence.

One strategy used to promote an increase in seat belt usage and vehicle safety is the beeping sound from the dashboard of the vehicle. The sound goes on when the driver or a person in the front passenger seat has not attached or has, for some reason, detached his or her seatbelt.

This warning sound stops the moment the seatbelts are attached or when the car has been driving for some time. This is also a new feature found in motorcycles, in an attempt to increase motorbike safety measures.

This feature, which is designed for motorcycles, is an airbag embedded into a bodysuit or jacket, which is then connected to the bike. The airbag deflates the moment it is not physically connected with the motorcycle. This feature is an attempt at protecting the rider during a fall or an accident.

While we are aware that anti-lock braking systems have been placed in trucks and motor car to prevent these vehicles from skidding; did you know that they are also found in motorcycles? Yes, a company, by the name of Bosch, has created a similar system for bikes.

It is said that having an Anti-lock braking system added to one’s motorcycle can reduce the rate of fatality in motorcycle accidents by 30-31 percent.