Should We Blame This When Someone Says “F**K You?” 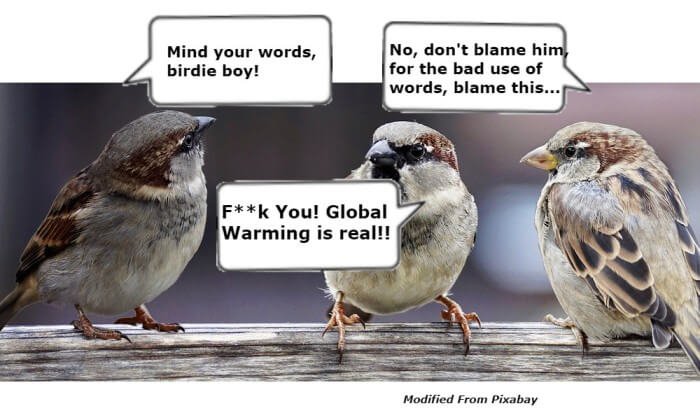 One of the most puzzling and controversial topics, ever examined, is to understand the development and evolution of the human sound–a topic that has been fraught with many controversies and theories, which includes, the most recent, the impact of agriculture in human sound development.

Sound can be identified as vibrations carried through air, solid material or water. Sound, which is the spoken language, forms our species main mode of communication and social differentiation. The languages that comprise these sounds, according to some school of thoughts, have not changed much since the history of humans. However, according to another school of thoughts, while sound can be differentiated by the way it is taught, interpreted and produced, there are several factors that may have contributed to and impacted the very formation and evolution of the human sound.

This article, while taking into consideration that the tongue, lips, and respiratory system are vital parts for the production of sound, will explore a few factors in association with how the mouth configuration may have influenced the development and evolution of the human sound.

Linguist researchers at the University of Zurich in 1985, constructed a theory that human sound was shaped by the changes in human bite configuration, that is, for example, how the upper and lower teeth are positioned relative to each other—do the upper teeth lie in front of the lower teeth (overbite or overjet), or do they lie edge to edge on each other ?

This change in bite configuration, these linguist researchers described, are due to changes in the dietary and behavioral practices of the human species. In the first periods of human evolution, human species could have been described as hunter-gatherers— a period that described a more primitive time in existence. The species, over time, evolved into more sociable beings were agriculture and the concept of processed food becoming more established.

Though the bite configuration theory was initially criticized, but now, the most recent researchers, also from the University of Zurich, believe that the ‘f’ and ‘v’ sounds, also called labiodental sounds, were later produced in the last 20,000- 100,000 years as the human species became more involved in growing and producing their own food, which changed how human bites are modified.

Simply put, human overbites or overjet were preserved when humans started producing and consuming softer food, as the less muscular effort needed for breaking down the hunted food from the wild caused our very sound to change; adding the ‘f’ and ‘v’ constants, which made it 30 percent easier to pronounce labiodentals that could be used in certain words like the one indicated in this post title.

It seems clear that dental changes did alter the way in which we produce and formulate words. The human teeth, in former times, use to evolve from overlapped teeth to those that meet edge-to-edge due to the hard nature of the food that was consumed. When meals became softer, the teeth kept the same overbite configuration, from childhood to adulthood, with the upper teeth slightly in front of the lower teeth. This configuration, according to researchers, made it possible for humans to form sounds, including the ‘f’ and ‘v,’ which, as initially stated, were not before possible.

It may not come as a surprise that human evolution is considered as another factor that could have impacted the development of the human sound. That is, given that our biological makeup is said to have been derived from Homo sapiens, the African Based early humans.

Some school of thoughts is of the opinion that our hominin ancestors could have cooked soft food, which made it easier to achieve a more enhance skull with associated complex brain and mandible need to evolve sounds, and that is before the advent of agriculture.

Our evolution has had a massive role in how we learn, perceive, produce and interpret sounds. What humans have learned and perceive, over time, may develop in such a way that we are able to produce and interpret sounds in different ways. The very formation of the human jaws and how the teeth are aligned will give a greater definition to the sound one hears when it is uttered.

Our evolution, through different stages of our lives, also gives a new interpretation to sounds. That is, a toddler will interpret sound differently than an adolescent would. And this one of the parts were we see how the development of the human brain can also be a factor influencing the human sound.

It is said that speech was developed as far back as 2 million years ago along with the development of tool making skills. We cannot argue that other animals such as apes and monkeys have evolved special mechanisms to produce sound mainly for the purpose of communication, but the use of the tongue, lips, and jaws to aid in this function would have come from the more developed brains of the human species.

There have been many scholars in recent years that credited the human species ability to create sound and speech to culture and socialization. Areas such as social, sexual, political and cultural developments are said to have played a great deal with regards to the human development of sound, and in addition, is the need to communicate in a way that when interpreted, the same understanding is derived by the interpreters.

The need to become more civil and understand what is going on in each other’s culture would have given way to sound and speech development because to achieve this, cultures would have to adopt sound from each other.

In this regards, the cognitive capacities necessary for language has therefore evolved out of our need to better understand each other and express what actions cannot always show.

The author and eFor-Real readers welcome any input to this, given how controversial a topic this is.