The Taxi Industry: Is This Future A Possibility? 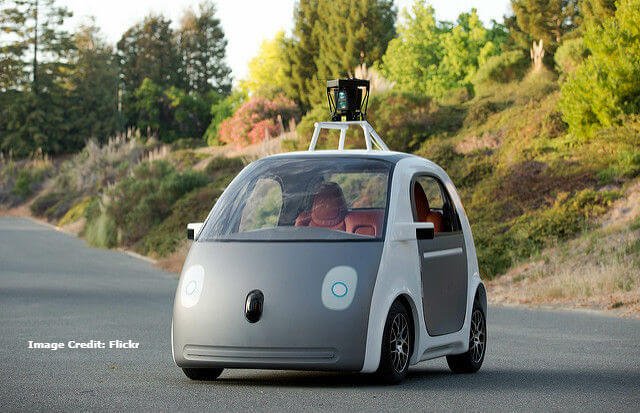 The words of Ludwig Feuerbach remain true when he said: “I am an idealist only in the region of practical philosophy. And that is, I do not regard the limits of the past and present as the limits of humanity, and of the future…”

The realities, which recent technologies have opened our eyes to are immense, and for so many people, unbelievable. The future of technology is huge and unpredictable. This phenomenon affects every area of our lives, for instance, we now have Smartphone that can talk back to us; computers that are very intelligent; many offices have gone paperless; the development of self-driving cars, and soon, we will have self-flying airplanes. The possibilities are limitless, especially for example, in the taxi sector!

Taxis cab is one of the easiest ways people get around and by with their day-to-day activities. It provides the convenience for almost everyone to go places where they cannot or would otherwise not have the time to go with their cars. And with the advent of services like Uber and Lyft taxi services, the face of cap services is changed as the new method of taxi service allows people to quickly order rides without any hassle, even in foreign countries.

Recently, there have been amazing developments in the area of self-driving cars, and this development seems to be spilling into the taxi sector, where self-driving taxis are preparing to hit the market anytime soon. Already, in Tokyo, Japan, a trial of the world’s first self-driving fair-paying taxi has taken place, and it is being targeted to be used by tourists during the 2020 Tokyo Olympics game. Self-driving cars are already being used for delivery, for example, by a super grocery store, Krogers, in the US, and self-driving airplanes are expected to follow in a few years.

There are, however, many obstacles that have impeded the development of self-driving taxis so far, and one of them is the fear of the harm which a self-driving car may cause. This fear exists both on the part of the manufacturers and the general populace. There have been cases of self-driving cars malfunctioning, and leading to passenger fatality, and sometimes even innocent pedestrians are also victims. And these fatalities, of course, would lead to bad press, which would then pushes back the time these taxis are expected to hit the market. It is left to be known how manufacturers are working to eliminate the re-occurrence of similar accidents in the future.

However, with continual improvement in technology, stakeholders should be able to produce intelligent cars that will self-drive safely on roads. Fortunately, the story seems a bit different for flying planes–it may be easier for people to trust self-flying airplanes because of the absence of the supposed complexities that come with driving on the road. But nonetheless, even self-flying airplanes are expected to initially raise a lot of red flags, especially with regards to the possibilities of system glitches.

The second obstacle that self-driving cars face is the limited coverage of 3D maps. Most self-driving cars operate on 3D mapped technology, which is not available everywhere, as more than a third of USA roads are unpaved, and many of the roads also lack well-marked road edges. This could imply that, at the moment, self-driving cars cannot be driven on many of these roads. While cars that can drive on roads, which haven’t yet been 3D-mapped, are being manufactured and tested, these cars are not expected to hit the market anytime soon.

But when they do, these new cars will operate on a technology called MapLite. It is believed that MapLite will allow self-driving cars to operate on roads that are not 3D mapped. MapLite, in combination with GPS map data, will enable cars to drive with sensors that pay close attention to the condition of the road. However, even with this development, there are sure to still be some limitations as it is very hard to reach the level of accuracy and reliability that 3D-mapped roads offer.

MapLite powered self-driving cars also face a very big challenge in detecting and identifying unmarked road edges in the case of driving at night, on dark roads, and in some other similar situations. Cars that operate on the MapLite system also face a very difficult challenge with mountainous roads as the system hasn’t yet been designed to deal with dramatic elevations that come with such roads.

Though these concerns are warranted and have to be dealt with as the interest in self-driving cars continue to rise. An average traveler would prefer the opportunity to travel in silence and possibly get some works done than to engage in discussions with a human driver. These interests are inspiring manufacturers to come up with technologies that can intelligently make self-driving cars operate effortlessly and safely.

The arrival of self-driving cars, unfortunately, could signal a dip in revenue for traditional taxi operators, even for conventional operators in, for example, the Uber and Lyft companies, due to the loss of jobs.

And while the future of self-driving cars seems to be bright and maybe unstoppable, the future of human taxi drivers are still uncertain.