21 Surprising and Important Things That Most People Don’t Know 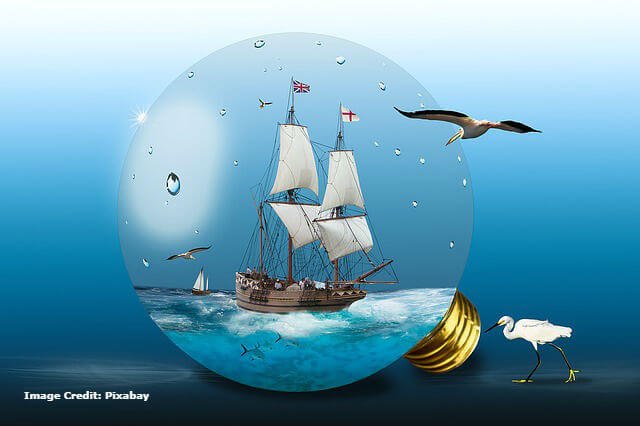 Something new is discovered every day, and these discoveries, for most of us, are simply hard to keep up with, which, regardless, we should all endeavor to know because some of these discoveries and information are too important not to be known by everyone.

This post, as part of drawing awareness to many great discoveries, will present a list of 21 surprising and very important facts that most of us don´t know. Some of these facts may astound you, others might fill you with dread, and some of them might even save your life.

A recent study has indicated that as many as 3% of adults from the USA are fully aware of the relationship between exercise and cancer. To be more specific, a low-level exercise, according to a recent study, can increase the risk of cancer.

It does really bug the mind as to how many folks out there, in the world, especially in developing nations are aware of this? Folks are advised to do 150 mins per week of moderate exercise to reduce the risk of cancer.

Nearly half of all fatal car crashes occur at night despite there being an upwards of 60% less traffic. If one has ever driven at night, one will surely have experienced blinding glare, from the headlights of cars following behind, being reflected off one’s car rearview mirror. And this is why virtually all rearview mirrors have a small tab underneath that, when activated, will slightly alter its viewing angle thus reducing the amount of glare.

3) Hairy ears are a silent predictor of heart disease:

Various studies, with increasing evidence, are suggesting that excess hair around the ear can be used as an accurate predictor of coronary artery disorders. And with 1 out of every 4 deaths being caused by heart disease it is important to pay attention to all available indicators.

One in five Americans takes aspirin regularly for cardiac health. This is as statistics have shown that aspirin can reduce, by up to 22%, the probabilities of suffering a heart attack. But Few people, however, know that they should chew aspirin tablets in the case of a heart attack. Chewing the aspirin and washing it down with a glass of water will facilitate the body’s absorption of the medicine, increasing its effectiveness immediately.

5) Too-tight pants are hazardous to your health:

6) Drowning looks nothing like you think and see in most Hollywood movies:

Statistics show that up to 10% of drowning deaths are entirely preventable because they occur in the presence and clear view of other people. The problem is that we are accustomed to Hollywood depictions of drowning. Drowning victims do not actually behave like they do in the movies. Actual drowning is not violent and there is virtually no splashing and no calls for help.

Stroke is just as deadly as cancer and heart disease. But did you know that stroke kills more women than men? Surprisingly, several studies suggest that women are treated much less aggressively than men for primary and secondary stroke prevention. Worst of all, many people are unaware that women present unique symptoms when having strokes. This presents a problem as these unique symptoms are not immediately recognized for what they are, which effectively lowers the chances of survival.

The majority of people who die in house fires are not burned to death but rather die from smoke inhalation. Having functioning smoke alarms in one’s home can reduce the risk of dying in a house fire by upwards of 50%. One should also look up other things, including what to know before getting home insurance, which can help keep your home safe.

Self-medication and antibiotic abuse are a worldwide problem. Increasingly, antibiotic therapy is being used as a one-size-fits-all solution to all manner of health issues. Unfortunately, this has had consequences such as a dramatic increase in bacterial antibiotic resistance. Presently, many common infections that were once easily treatable are now harder to manage. With up to 30% of antibiotic prescriptions being unnecessary, it is vitally important that we address this issue.