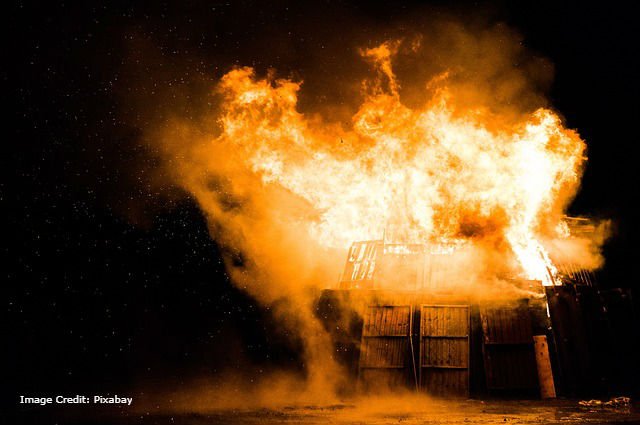 First, on our decrepit list of human rights violations, is the Nanking slaughter, or how it is often referred to as: ‘The Rape of Nanking.’ Reports of this human rights violation suggest a mass rape of unheard-of proportions even for wartime, with even rumors of Chinese families being forced to rape each other. Competitions were held between Japanese soldiers to see who could murder one hundred Chinese civilians the fastest with simply the use of a sword. About 300,000 human lives were lost in this scary ordeal.

On the advent of the successful testing of the Atom Bomb, via the Manhattan Project in New Mexico, men had entered into a new era of unfathomable power. On witnessing this incredible event, the Atom Bombs creator Robert Oppenheimer eerily remarked: “Now I have become Death, the destroyer of worlds.”  His statement came to past next on this list of slaughters in world history.

People’s eyes melted in their sockets at the sight of the explosion, while body remains were forever sprayed onto concrete as shadows. Many historians believe the slaughters were partly due in response to Japan’s war crimes across Asia and the attack on Pearl Harbour.

A line from the 1946 hit “Atomic Power” puts it best, referencing Hiroshima and Nagasaki as Japan “paying for its sins”. Perhaps the worst part about this ordeal is that it may have been avoided. The fate of the world would now forever be a threat by a select few men in suits who sit in front of a red button. The effect of the bombing resulted in 90,000–146,000 deaths in Hiroshima and 39,000–80,000 deaths in Nagasaki

On the 1st July 1916, the middle day of the middle year of The Great War, inside twelve hours of a British offensive, 19,240 British soldiers lay dead within about 25 square miles after being slaughtered via enemy gunfire.

Holodomor is the Ukrainian word for “killing by hunger.” This is now the appropriate term used to describe Josef Stalin’s man-made famine, in Ukraine, against fellow human beings. This was a human right violation that most figures estimate led to the slaughter of between 4–5 million Ukrainian’s, who starved to death during the Holodomor. There were wide reports of cannibalism, and even of people eating their own children.

On September 11, 2001, 19 Al-Qaida soldiers hijacked four airplanes and instigated suicide bombings on several USA targets. The most dramatic moment was the fall of the Twin Towers in New York. Almost 3000 people were slaughtered during the attacks, and a new shroud of terror inflicted a part of the world so sure of its safety. The event would lead to the justification of new military powers for the US presidential office and the invasion of Iraq, which continues to cause deaths and human rights ordeal today.

It is estimated that up to one million of the Tutsi tribe in Rwanda were slaughtered by the rival Hutu majority. This slaughter and human rights violations were carried out during a 100-day period from the 7th of April to mid-July 1994, with machetes as the primary weapon. Tutsi civilians begged UN troops not to leave as they knew their impending fate, helpless to prevent it.

This a world war II (WWII) Japanese research center where up to 250,000 people died from human rights violated experimentation. Such experiments included cutting people open while alive and without anesthesia so that certain organs could be removed and the effects studied. Some folks were amputated just to study blood loss and forced infections.

The Great Leap Forward was an initiative created by Chairman Mao Zedong in order to modernize China. Unfortunately for its citizenry, the measures taken in this program resulted in the human rights violation and death of millions of Chinese peasants at the hands of its supposed liberator and father-figure in the name of progress.