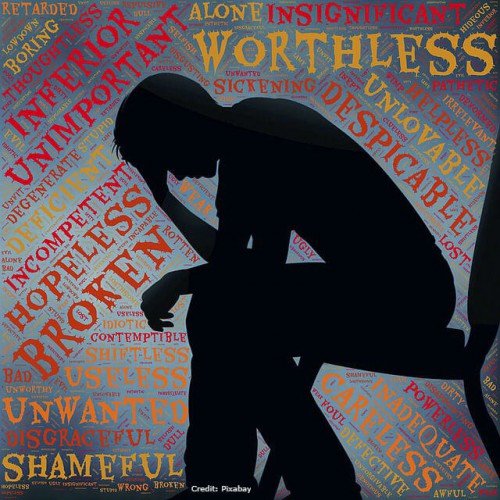 With suicide numbers on the rise in the United States and other parts of the world and attention being drawn to it, especially due to the high number of celebrity deaths by suicide, it’s important to understand what is causing this behavior and potential ways to remedy it.

Any number of outside pressures can cause undue stress and anxiety that leads to suicidal ideation. Mental illness exacerbates these issues and vice versa. More and more people are turning to suicide as a last-ditch effort to end the pain and suffering they are feeling.

For those mentally healthy among us, it may seem like a ridiculous idea, but it’s important to try and understand what causes these feelings so as to help prevent the more tragic loss of life.

Causes of suicide or suicidal thoughts and ideation vary widely from person to person; this article will discuss a few of them.

⸺Mental illnesses play a large role. Disorders such as depression, bipolar disorder, borderline personality disorder, and others can be hard if not impossible to cope with. Lack of access to proper mental health care in many places and especially in low-income populations leads to people living with illnesses they cannot get treatment for.

⸺In addition to mental illness, increased stress via pressure on youths is causing a rise in suicidal thoughts and attempts during the school year. Recent changes to the economy and workforce put more pressure on students than ever. The knowledge that one will be starting out one’s adult life in significant debt in order to try and get a decent job, an out of control housing market and other scary worldwide news being presented to them via social media on a daily basis only serve to increase the stress they are feeling.

⸺Even social media networks, as the current popular means of communication, are also worsening the situation. These social mediums increase depression in individuals by decreasing the much needed physical and face to face interaction.

⸺Marginalized groups of youths, such as in the LGBT community, are at even greater risk due to a still not wholly accepting society and the confusion that comes with sorting through everything they are feeling, in addition to the hormonal changes brought on by puberty plus the above-mentioned pressures of school and impending adulthood.

⸺Children, of course, aren’t the only ones at risk, as adults suffering from mental illness that has never been diagnosed, or as mentioned, have no access to affordable medical care are also at increased risk of taking their own lives.

⸺For folks that have access to medication, there seems to be a correlation between certain prescription drugs and an increase in depression. This is because, according to recent studies, about 200 prescription drugs, even some of those that can be bought over-the-counter, have been said to have a side effect for suicidal symptoms or depression.

So, what can be done to change this trend?

⸺First and foremost, an increase in mental health funding and access for all members of any given population is needed. Ensuring safe and affordable access to care and medication is essential in preventing suicide.

⸺Additionally, removing the stigma associated with mental illness so that people suffering do not feel marginalized or afraid to come forward and share what they are feeling.

⸺Creating safe spaces online and in person to talk about suicidal thoughts without fear of repercussions will go a long way towards making people feel as though they can safely come forward without damaging their reputation, job status et cetera.

⸺Doctors and healthcare practitioners should make adequate effort to check the side effects of drugs given to their patients so as to make sure the drugs have no side effects of suicide symptoms or depression.

⸺Parents and caregivers, teachers and counselors can help by creating an open dialogue with their children or the children in their care. Especially in the case of LGBT youths ensuring that they have trusted adults to talk to and discuss their feelings and confusion, as this is the first step to helping them on the road to self-discovery. The more children feel safe in their homes and schools, safe being who they are or talking about how they are feeling without fear of disappointing anyone or being bullied, the more children will be saved from feeling like they have no other options.

There is a long road between where we are as a society now and where we should be in terms of suicide prevention and mental health acceptance. It is possible to get there if we can all work together as a group to make things better for everyone.

The first and more important step we can all take towards understanding this terrible thing happening every day is accepting that a person who commits suicide isn’t being selfish or looking for attention. That they are in fact in the most intense pain, so much so that ending their life seems like the only option.

If you are having thoughts of suicide, call the National Suicide Prevention Lifeline at 1-800-273-8255 (TALK) or go to SpeakingOfSuicide.com/resources or SamaritansUSA.