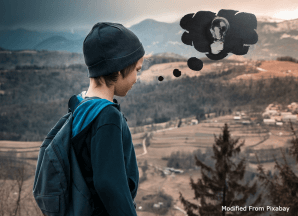 To say we have leaped forward in our technological advances is an understatement. Just in the past twenty years, humans have invented machines, computers, and all sorts of devices that help us in our everyday lives. And this also includes major contributions in the hospital industry. While most of the inventions, throughout the world, have been created by adults, quite a few of them have also been invented by children.

We hear it all the time. Kids who have exceptional IQ’s somehow take off in their academics and make amazing gadgets and tools. Listed here are just a few examples of the amazing minds that are behind various kid inventions. You may have heard of a few them, while others may surprise you. But one thing they all have in common is just how brilliant and capable they all are.

Take for example, sixteen-year-old Kavya Kopparapu. This young lady has gone above and beyond when it comes to health technology innovation, and the kid inventor has done so at such a young age. She invented what’s known as Eyeagnosis, a smartphone app along with a 3D printed lens.

The goal of the app and lens is to diagnose patients with possible retinopathy much quicker than the methods currently available. A normal diagnostic procedure takes about two hours. But with this kid invention, patients would be able to know almost instantly whether or not they have retinopathy.

Not all of us have the sense to do the world a favor or help out in a big way. But Bishop Curry, however, is full of useful ideas. He’s an eleven-year-old boy who drew up a blueprint for his invention in his Texas home. Curry had watched a news report about a six-month-old baby dying in a hot car. This sparked something inside Curry that he decided to do something about it. His invention is called Oasis, and it’s something he came up with all on his own to sense if a child is left in the car.

This kid’s invention would be attached to the car seat, headrest, or in a location that would be able to sense the child. If the baby happens to still be in the car, the device would notify parents and police while continuously blowing cool air on the child until help arrives. His dad, who is also named Bishop Curry, is an engineer for Toyota. The idea was introduced to Toyota and both Bishop and his dad were sent to Michigan for a safety conference. Money is currently being donated towards funding for a patent.

At the very young age of eleven, Gitanjali Rao astounded the world with her kid invention. Her invention, which is known as Tethys, named after a Greek goddess, is designed to detect lead in water. Her inspiration came from an event, which occurred in Flint, Michigan, where the water was severely contaminated. Officials went under investigation and faced charges, which included manslaughter. Gitanjali believes that people shouldn’t have to die from such an event, which is why she invented Tethys.

Her device is a low-cost option and very quick in detecting lead. It uses carbon nanotubes to detect the presence of lead. A sensor then sends the information to a mobile app where the results can be recorded. Gitanjali has provided the world with something extraordinary and her work hasn’t gone unnoticed. She was selected from a group of ten people who worked for about three months with other scientists to come up with various ideas. She was also given the “America’s Top Young Scientist” award.

Eleven-year-old Jordan Reeves invented something she calls “Project Unicorn.” When she was born, it was apparent that her left arm didn’t go past her elbow. For most of her life, Jordan has used prosthetic arms, which have helped her a great deal in life, but Jordan wanted to take it a step further. The outcome was a 3D printed arm that can shoot glitter.

Many people asked her why she would invent something like that? And she told everyone that she chose this project to show that designing and 3D printing isn’t just something for adults, but it is something that young kid inventors can do, to produce all sorts of fun things. Jordan teamed up with Sam Hobish who helped her update the glitter gun arm, making it even better. It’s all about fun, and Jordan does a great job of showing the world that inventing can be an exciting process.

When you’re a teenager, things can be confusing. At such a young age, very few people really know what they want to do with their lives. However, Jakob Sperry, a fifteen-year-old inventor, has definitely found his passion. He came across it by tinkering and working with CAD (computer-aided design).

His dad, who works in product development, helped young Sperry out quite often. Jakob started creating various designs that he would send to his dad. With access to a 3D printer, he would print off the object and bring it home soon after. Eventually, Jakob was struck with inspiration when he found himself trying to help ease the symptoms of his ADHD, and this led to the invention of  Gyrings.

This small circular kid invention consists of five rings that surround a ball. These rings can rotate and twist, allowing for a comforting fidget toy. Eventually, Jakob improved the design and started selling Gyrings, which can now be purchased online! It’s easy to forget that people of all types can invent such amazing things. Jakob has proven that even a toy that’s used for “fidgeting” can be a wondrous thing.

After reading a heartbreaking story about a woman who was forced to drop her two-year-old out of a second-story window to avoid smoke inhalation, seventeen-year-old Alexis Lewis was struck with a desire to help. She started thinking about how first responders could get the necessary equipment to help people breathe while being engulfed in smoke.

This is because, during extreme fires and deadly circumstances, it takes a while for emergency officials to make it to the victim. Alexis decided that something should be done. She then developed a smoke mask that can protect victims from carbon dioxide, toxins and particulate in smoke. Her next kid invention idea was to develop a handheld container to help get her smoke mask to victims, which she also successfully did.