The World Of Women: 4 Major Recent Happenings You Need To Know 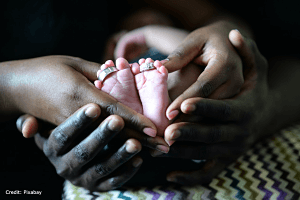 Whether you’re a woman who has just become pregnant, an expecting mother who is making it through her last trimester, or just someone who likes when women are empowered, then this is a must read for you.

We all know that the world has a habit of oppressing a woman’s greatness. Fortunately, the time has been kind to us as women have risen higher than we ever thought possible. Listed here are a couple of information with regards to empowering women and their health.

Your Newborn’s Health Could Be Affected By Fracking Sites

For pregnant women who live near fracking sites, it’s probably best to consider a different living environment. While the sites may have no impact on you, as a mother, they could have a great effect on your child, particularly at birth.

“Fracking,” also known as hydraulic fracturing, is a method which allows workers to extract natural gas and oil from the ground. The process uses a high-pressure combination of water, sand, and other chemicals which are shoot into the bedrock. The method may seem safe, but there are many who argue that the process could lead to air and water pollution due to certain chemicals that are used.

Some of these chemicals are methylene chloride, non-methane hydrocarbons, and polycyclic aromatic hydrocarbons. All of them have been linked to terrible fetal heath.

The above is just one of the many factors that can also affect a child’s life as there are others. Take, for instance, the concept of sleeping on one’s side versus laying on one’s back before bed.

Laying On Your Side Could Prevent A Stillbirth

In order to prevent stillbirth, based on a study conducted with over 1,000 women, women are being told to sleep on their side while going through the last three months of their pregnancy.

The risk for stillbirth practically doubles for those who fell asleep on their backs during the third trimester. The research process concluded that 735 women had a live birth while 291 of the babies ended up stillborn. Many of the women studied were worried about turning onto their back in the middle of the night. But researchers have assured them that the important part was to fall asleep while on one’s side. After that, if you happen to wake up on your back, you shouldn’t worry as It’s all about how you fall asleep.

In the UK, it’s estimated that 1in 225 pregnancies will end in stillbirth. The authors of the study suggest that around 130 babies could be saved each year by their mom’s simply laying on their side when they go to sleep. Even if it’s something as simple as a day time nap, falling asleep on your side is paramount. If you wake up in the middle of the night and notice you’re on your back, according to the tips of the study, it doesn’t hurt to switch back to laying on your side. Luckily, it doesn’t matter which side you lay on, whether it’s left or right, as this doesn’t make a difference to the baby’s health. Many women in this study were able to birth beautiful, happy babies.

However, some women don’t get to experience such a blessing when it comes to forming the right egg. It’s important for most women that their eggs be fertile and healthy. For those who aren’t so lucky, science may have found a new way to help them produce a healthy baby!

Researchers at the University of Edinburgh have done what many scientists thought was impossible. After many long years, the team has finally been able to grow human eggs! This amazing creation has given hope, towards the future, for helping those who have been deemed sterile due to disease or cancer.

While the development of human eggs is still something new, laboratory-grown eggs will offer new insight into the egg growing process, giving scientists information previously thought impossible. Further research and procedures are needed before the method can be used in a further clinical manner.

The possibility of growing eggs outside the ovary to full maturity has been made possible, but not without a few setbacks. Out of the many sets of eggs grown, only 10% have made it through their cycles to proper maturity. Further development is obviously needed in order to ensure higher success rates. Little is left to the imagination though, as scientists continue to move forward with the research and hope for a better future.

But what better way to create a brighter future than by making sure women have the same rights as men?

Iceland Makes It Official: Men Will Not Be Paid More Than Women

Iceland has passed a law that now makes it illegal for anyone, in Iceland, to pay men more than women.

The law which goes into effect on January 1st, 2018 ensures that any type of company or agency, which holds more than 25 employees, must provide proof that the women in their workforce weren’t being paid less than the men. Any company that doesn’t comply with the policies will have to pay a hefty fine.

Dagny Osk Aradottir Pind who is a board member of the Icelandic Women’s Rights Association spoke on the matter saying, “It’s a mechanism to ensure women and men are being paid equally. We have had legislation saying that pay should be equal for men and women for decades now, but we still have a pay gap.”

Iceland’s coalition government gladly supported the new policies. Aradottir Pind also stated, “Women have been talking about this for decades and I really feel that we have managed to raise awareness, and we have managed to get to the point that people realize that the legislation we have had in place is not working, and we need to do something more.”

With equality making its way up in the world, it’s a step in the right direction that countries like Iceland are starting to follow through with great policies such as this one!