Designing Humans —Are We There Yet! 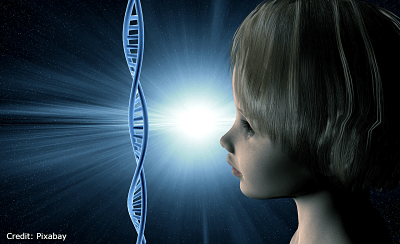 Can you recall seeing some of your friends with a similar brand of bag, shoe or phone, but with a little bit of something extra that differentiates them, for example, colors; maybe name tags; some bedazzlement; and in the case of a phone, the apps and casing types and colors. These extras are referred to as designing to specification.

What if, instead of these phones, shoes, and bags, we have human beings, as products, which can be customized by editing certain genes that we wish to either include or exclude so that the human beings meet our desired health standard? Mind blown, yet!?

Okay stop, we are getting ahead of ourselves. Before we go any further, what the heck are we really talking about?

How Is It Possible To Design A Human?

Designing a human being can be likened to the test tube baby process but with a touch of “wonder.” The test tube baby is a method whereby female eggs are fertilized, by the male sperm, in a lab before being implanted in a woman’s uterus where it begins to develop into a baby.

Imagine after fertilization, the eggs are customized or edited in such a way that all genes known to be associated with the risk of disease are removed through a gene editing tool known as the “cluster regularly interspaced short palindromic repeat” or CRISPR—the spice of wonder.

CRISPR is a pretty simple but sophisticated piece of technology that enables scientists to edit the genome in a way that a piece of the deoxyribonucleic acid (DNA) can either be added or removed.  The CRISPR tool is capable of editing the DNA efficiently with the use of its two basic components: the guide RNA (gRNA) and the enzyme, cas9, which cuts the DNA.

The gRNA is a pre-designed DNA replica that binds itself to the exact DNA structure to be altered so that it can accurately guide the cas9 enzyme to the right DNA location. After the DNA has been cut, the cells try to repair the damaged DNA, thereby creating an opportunity for scientists to take advantage of the repair process in altering DNA strand as they deem fit. Pretty cool, right!

But is all this really worth it? Have scientists discovered and fully understood the relationships between genes and hosts of known diseases to determine which ones to alter correctly?

To an extent, scientists have made giant strides, trying to understand some of the relationships between thousands of genes that influence the risk of infection by different diseases especially the ones that are yet to have a cure. Relatively recent examples of these relationships abound. This article list 3 of them:

1)  PLCG2 and AB13 were recently discovered to be related to Alzheimer disease. Many genes, which relate to the disease, have previously been discovered; however, these two genes are better understood for developing an effective treatment.

2) In another study, scientists were able to identify what genes were responsible for Inflammatory Bowel Disease (IBD). Again, like in the case of the Alzheimer disease, 200 genes were found to be associated with the disease, but it was unclear what genes were precisely linked to the disease until now.

3) And finally, in a different study, on the risk of heart disease, about 50% of the risk of coronary disease was attributed to the human genes.

All the above examples, although, emphasize the need to embrace the gene editing method as a means of eradicating some terrible and incurable diseases, but again, do we fully understand these disease-gene relationships as to determine what genes to edit?

A study paper recently stated that the genes that are linked to the risk of heart diseases were also responsible for human reproductive success. And this is as much as we know. One can only imagine what other functionalities some of these so-called “bad genes” control that are yet to be determined scientifically. And we wonder why nature did not naturally eliminate these genes through the process of natural selections. Are we so arrogant as to think that we can do nature’s job better?

In addition, what if we were able to eradicate the genes, which are related to these diseases, does it then imply that the genes are the only contributing factor to someone having, for instance, a heart disease?  What about a person’s lifestyle, for example, smoking and dietary intake?  In other words, does eradicating an incurable disease by editing the related genes of an unborn child, at the rudimentary stage of development, actually stop someone from contracting the same disease through other means? Some would say a BIG NO to that.

The idea of gene editing an embryo is well intended; however, some variables must be considered, like those already discussed, as we decide to completely embrace the gene editing process of eradicating diseases. Thorough studies must be done to ensure that these genes do not play any other vital roles in the human body. Until this is done, it would be wise to be wary of treating diseases at life initiation, via gene editing, as we forge ahead toward the next stage of what could potentially usher in the next human evolution, health-wise.

Is there a different perspective that we should be looking at? Please feel free to let us know as this topic is open to every opinion.

We use cookies to ensure that we give you the best experience on our website. We will assume that you are happy with it if you continue to use this platform.YesNoPrivacy Policy