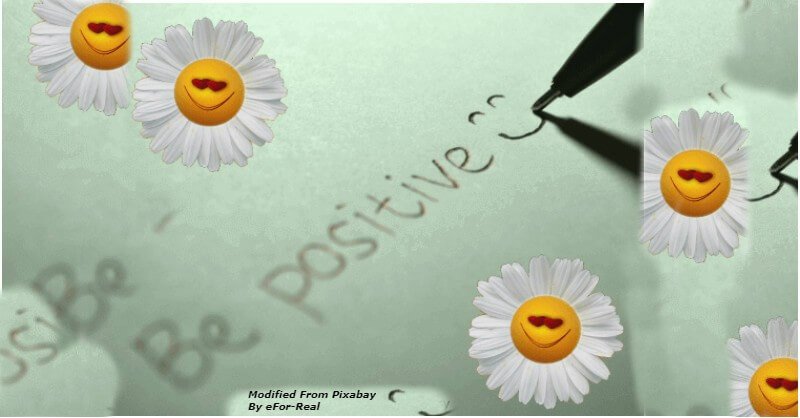 We live in a scary world of our own making, a world in which negativity has broadened our petty fears and turned them against us. Negative rhetoric is now the norm and it is becoming increasingly difficult to convince people about what is real or fake. In fact, more people are likely to believe that the worst is about to happen than anything else.

In this scary new world, any attempt at rationality is rather regarded as a conspiracy to hide the bleak reality. We have become so scared of fear itself it is becoming difficult to trust others or attempt to find happiness. The vogue of fear-mongering, the pressure to excel, and excessive cynicism are some of the major elements that add to the negativity that makes our world seem so scary.

Fear-mongering reigns in this scary new world we find ourselves in. Doomsday prophets have arisen from all corners of the world, and their picture of reality is more like an enactment of The Walking Dead. Sometimes we even bring this fear into our own homes via cable TV, which makes things seem more terrifying.

Companies that offer services like health insurance and health supplements capitalize on this dispensation of fear to sell their products. Their TV ads are targeted to invoke fear and scare people to buy their services. Every little blemish or rash, based on the perception created by the TV ads, is cancerous and salvation can only come by buying a specific insurance policy.

Have you ever wondered how people use to operate when health supplements were not in vogue? Daily, we see depressive ads of lethargy, lackluster, pain, and the inability to live through a day without a variety of supplements. These negative ads work on our fears and we buy the supplements not because they are actually useful to us but because we have been brainwashed to feel inadequate or dysfunctional without them. Going by these ads, we live in a scary world in which mere survival in a day depends on loads of supplements.

The pressure to excel is also a consequence of the advent of negative rhetoric in today’s world. People are so afraid of not being good enough, handsome/beautiful enough, tall/skinny enough or even smart enough. Everyone wants to be happy, successful, be in a relationship with the right person, and have many friends. Yet, the pressure to excel usually leads to self-doubt, self-denigration, and reclusion—recipes as to why some of us cannot excel.

Take college for instance, in the past, going to college was anticipated with a lot of joy because it was the first major adventure in the life of any young adult. Ironically, the idea of college as a parameter to judging potential today puts an enormous amount of pressure on many young people. It is not good enough just to go to college, it is important to be accepted into ‘the right college’. True that everyone would love to go to an Ivy League university, but practically, it is impossible.

The other colleges teach the same syllabus and a serious student will excel anywhere, yet the prejudice brings stigma whose outcome is negative perception and inferiority complex. In this light, people do not trust their hard work or initiative because of the fear that they are not good enough. And what about in relationships?

Contemplating the prospect of relationships today for many people is like Sisyphus attempting to push the proverbial rock uphill. Physical appearance is distorted by a negative personal perspective so much so that we are unwilling to believe the evidence of our own mirrors. People have set outrageous standards on the idea of perfect good looks that only a few people can actually meet.

We forget the values that make a human being like kindness, humor, and friendliness and fixate on physical appearance alone. Even when there is someone that might meet the picture of Mr/Ms. Right, fear of rejection cripple action, and the world is now filled with modern-day Prudfrocks who keep postponing the opportunity to go out and mingle. The fear of rejection defeats us and this is the reason why more people are lonely, overweight, and unhappy.

Cynicism: the case of Bleak Dave

Cynicism is a cankerworm that arises from deeply rooted repressive issues. Sometimes because we fail to realize our dreams, we become doubtful and try to dissuade others from making an effort. Cynical people have jaded opinions about everything and possibly everyone and it is difficult to stay positive near them.

Let’s take bleak Dave, for example; he is entitled and conceited, selfish and egoistic and actually feels that the world revolves around him. Bleak Dave blames his parents for his terrible childhood and also blames his wife for his unhappy marriage. He is the worst critic of marriage and will always warn his friends to expect the worst in their relationships. When his friends seem happy, he is quick to tell them that it will not last.

The worst part is when Dave attends a party and sees seemingly happy people. He plunges into a melancholic fit of depression and complains to whoever cares to listen that his wife is a pain in the butt. Yet, bleak Dave cheats on his wife often and is very disrespectful towards her. She still stays with him hoping he will change but he doesn’t see that.

Fear is a human reaction to stimulus and only the most heroic or cowards are exempted from this emotion. True that we live in a world in which certainty and norms seem to be shifting since multiculturalism has come to us as a result of globalization.

To conquer fear there is the necessity to embrace a forward-thinking outlook on life, instead of avoiding the new, it is important to learn about/from it. Equally, it is important to have a positive worldview and the confidence that we have a right to be here. Love and believe in God and yourself, work hard for what you really want and be proud of your accomplishments no matter how small. Learn to respect the views of others even when we don’t share them. As Immanuel Kant would say, do unto others as you would for yourself.

We use cookies to ensure that we give you the best experience on our website. We will assume that you are happy with it if you continue to use this platform.YesNoPrivacy Policy